The French Hospital in Maps

The building was originally a two-story adobe, shown here on an 1894 Sanborn Fire Insurance Map: The hospital was rebuilt in 1915, to the highest standards of then-modern medicine, under the leadership of Louis Sentous Jr. This time, it had a longer, narrower design: 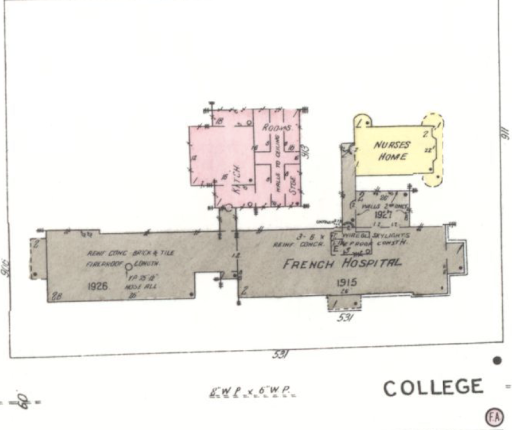 Another wing was added in 1926.
An expansion was approved in 1985. The wings at the back of the building must have been rebuilt between 1953 and 1985, based on the building's current footprint (and the wood-framed nurses' home has long since disappeared). The building's current owners and operators, Allied Pacific, have kept the historic building and reopened it as an urgent care center. 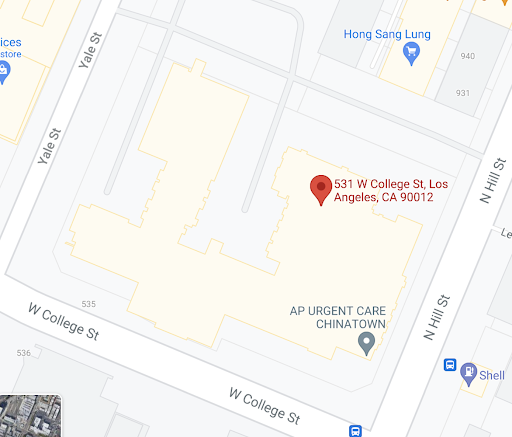 The building changes...the signage and ownership changes...Jeanne d'Arc vanished from the front lawn...still, the hospital persists.
Up next: mapping the erasure of French LA.
Posted by C.C. de Vere at 7:00 PM