Lost LA: I Love You, But You're Bringing Me Down

I like you guys. I really do. But this is the SECOND time you've gotten mustard up my nose (French idiom - you guys are smart; I trust you to look it up).

I previously called out a Lost LA writer for excluding BOTH the Circle Catholique Francais AND the  French Benevolent Society - LA's second-ever benevolent society (the Hebrew Benevolent Society, now known as Jewish Family Service of Los Angeles, is older) and easily its longest-lasting - from an article on historic immigrant support societies.

I contacted KCET about this glaring omission on August 3, 2016, but didn't get a response until October 21. (Really? Come on. Not cool.)

I'm sure you can understand how this course of action might lead some readers to think the omissions were deliberate. (Especially since the FBS was the city's second-oldest benevolent society, supported a large ethnic enclave in addition to admitting non-French patients, established the city's second-oldest hospital - which remains open under another name - and still owns the land purchased for the hospital way back in 1869.)

I'm reasonably forgiving. I am not, however, a doormat.

Way back in March, I posted an entry on Raymond Alexandre's Roundhouse - LA's first known example of fantasy architecture (which went on to become its first amusement park and first kindergarten).

Guess what I saw earlier tonight? You guys just ran your OWN entry on the Roundhouse.

I read your articles regularly. For the most part, I enjoy them.

But may I please ask for a little consideration?

Take a long, hard look at a map of Los Angeles - preferably on Google, since it lists the city's historically ethnic neighborhoods by name.

Every other ethnic enclave in the city still has a home. Mine was weakened by Prohibition, bulldozed, slashed in half by a freeway, and paved over in the name of progress before either of my parents were born. I will never truly be able to walk Frenchtown's streets - what does remain of the enclave has been largely transformed into Little Tokyo and Chinatown.

LA's forgotten French may just be article fodder to some writers, but they are the extended family I don't have. I make no apologies for being fiercely protective of Frenchtown and its citizens.

I use this blog to fight a nearly impossible battle: keeping Frenchtown's memories alive and giving French Angelenos their due.

As much as I appreciate seeing LA's French history recognized, sometimes it can be hard not to feel like my toes are being stepped on. Other writers have deliberately omitted French contributions to LA history, stolen article ideas I'd pitched to the same publications that employ them, stolen content from this blog, and published articles with a downright offensive number of factual errors.

Your article was thorough and well-researched (I could only find one error: M. Alexandre's first name was Raymond, not Ramon). But when I see the obscure subject of a niche blog entry (mine) crop up somewhere else, I have to wonder where the idea originated (wouldn't you?).

I would never knowingly step on another historian's toes. All I ask is that the same courtesy be extended in return. Putain, j'en ai marre.

We were here, too.

We made a LOT of contributions to Los Angeles that helped take it from dusty pueblo to world-class city.

We matter just as much as every other ethnic group in Los Angeles.

Back in the day, Hollywood and West Hollywood were mostly farmland and well outside of Los Angeles proper.

Today, nothing remains of the farm north of Gower Street where Joseph Mascarel grew tomatoes and other vegetables. René Blondeau's tavern, rented to early filmmakers who used it as Hollywood's first film studio, was torn down long ago to make room for Gower Gulch Plaza (what IS it with Gower Street and erased history?).

But there are still remnants of the area's connections to France (and French-speaking Belgium).

Early Hollywood booster Daeida Wilcox was so keen to bring culture to the new town that she approached French artist Paul de Longpré, offering three lots of her own property for a home, studio, art gallery, and expansive flower gardens. The de Longpré estate was such a popular tourist attraction that the Pacific Electric Railway's fabled Balloon Route had to add a trolley spur on nearby Ivar Avenue to handle the crowds. 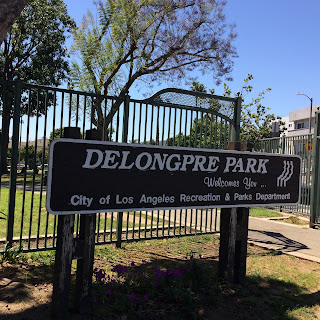 ...De Longpré Park is open from dawn to dusk... 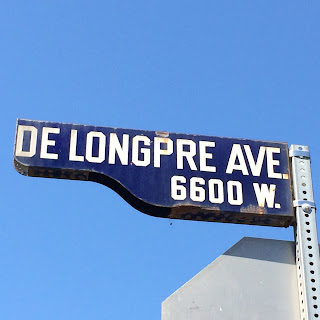 In a more touristy part of Hollywood, the Walk of Fame pays tribute to some of the entertainment industry's biggest French (and French-American) names. 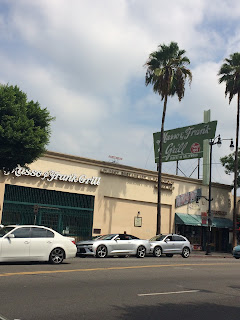 Musso & Frank Grill, the oldest restaurant in Hollywood, has French roots. Founded in 1919 by Frank Toulet, the restaurant was called Francois, or Frank's Café, until Toulet took on Joseph Musso as a business partner. The menu, created long ago by their (French) chef Jean Rue, has changed very little in the past 98 years. 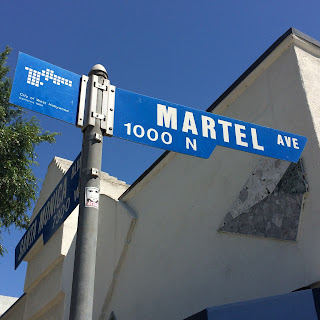 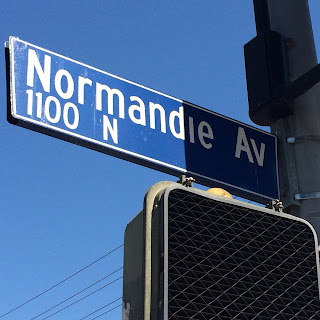 Normandie Avenue, one of the longest streets in Los Angeles County at 22.5 miles, stretches from Hollywood to Harbor City. It's not a coincidence that Normandie Avenue, named for a coastal, seafaring province, got its name while Joseph Mascarel - a career sailor - served as Mayor of Los Angeles. 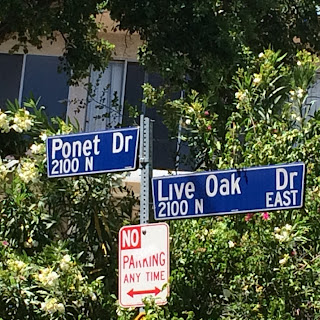 Close to where Hollywood and Los Feliz meet Griffith Park, there is a Ponet Drive. (Don't try to drive in this neighborhood...just don't. No parking, no stopping, super skinny roads clearly meant only for residents. Just trust me when I say it's there.)

Victor Ponet - cabinetmaker, city undertaker, Belgian vice consul, President of the Evergreen Cemetery Association, vendor of whatever else he could sell from his coffin showroom - retired to a farm that made up much of modern-day West Hollywood. In those days, however, it was definitely still the country.

Victor donated the land and original building for St. Victor Catholic Church, which remains active to this day. 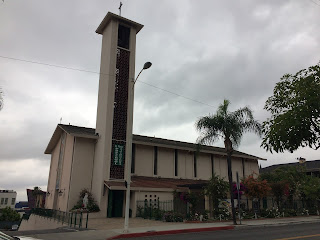 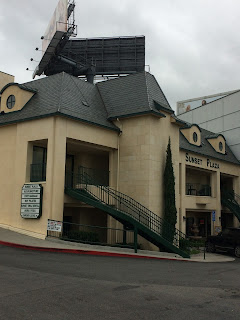 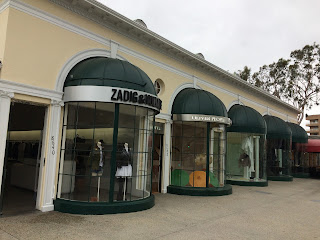 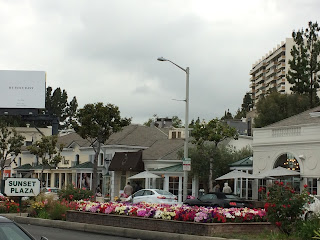 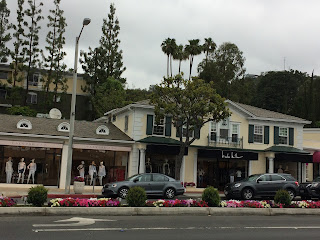 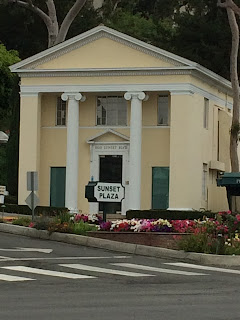