The Busiest Undertaker Ever: Victor Ponet 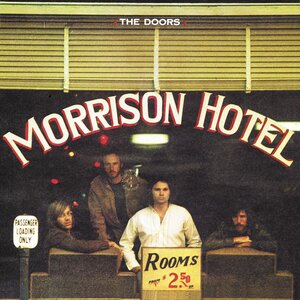 Once upon a time, in a faraway land called Belgium, a boy named Victor Ponet was born to French-speaking parents.*

Victor trained as a cabinetmaker, spent several years making cabinets in Paris, and emigrated to the United States in 1864 at the age of 28. After living in New York and San Francisco, he landed in Los Angeles in 1869, home to a sizable French-speaking community and plenty of opportunities for a self-starter.

And Victor was indeed a self-starter.

In the 1860s, Los Angeles was the most dangerous city in the United States. At one point, its murder rate was twenty times that of New York City. Throw in accidents, illness, and unreliable sources of (questionably safe) water, and, unfortunately, people died.

Victor set up shop at 66 Main Street (southeast corner of Main and 1st), and soon began making coffins in addition to cabinets (someone had to do it). Within a few years, he was also the city undertaker.

Incredibly, surviving advertisements imply that he did everything from 66 Main Street...which doubled as LA's first funeral parlor. (The site is now smack in the middle of the civic center.)

In 1873, Victor married an Irish immigrant named Ellen Manning (records sometimes list her name as Ann). They had a daughter, Gertrude Mary Ponet, in 1874. Later, they took in and raised a boy named William.

In 1885, the Ponets took a two-year sabbatical, traveling in Europe (needless to say, Belgium was on the itinerary).

It isn't clear when Victor began buying land, but buy it he did. Sometime in the 1880s he purchased Fiesta Park, bordered by Pico, Hope, 12th, and Grand. The land, renamed Ponet Square, soon boasted one of LA's first apartment buildings.

If you're a firefighter or in the insurance industry, the name Ponet Square may sound familiar. The Ponet Square Hotel, built in 1906 and formerly LA's biggest apartment building, was the site of an arson fire in 1970. Nineteen people, most of them working-class immigrants, were killed in what was quickly dubbed the deadliest fire in LA's history. The tragedy resulted in the Ponet Square Ordinance, which requires all buildings pre-dating LA's 1943 fire code to comply with the code. The Ponet Square Hotel had, in fact, been condemned by fire inspectors in 1941 due to its open stairwell, which enabled the fire to quickly spread from the lobby to the upper floors. The hotel - badly damaged and too unstable to save - was torn down within the next few days, and the site has been (no surprise here) a parking lot ever since. (LA Fire has a thorough recap of the fire and its aftermath.)

Also within the Ponet Square development is a link to a better-known part of Los Angeles history. The Morrison Hotel, two blocks north of the Ponet Square Hotel, had become a transient hotel by the late 1960s. Which, of course, didn't stop The Doors from posing for an album cover in the lobby (see above). The former Morrison Hotel was abandoned in 2006 and has been empty ever since (and is a "hotspot" on Esotouric's historic preservation map). (Update: it's now slated for revitalization. Of course, the developer might very well rip out whatever historic charm is left...)

Victor lived in Sherman (Cahuenga) later on...and even then, wasn't content to rest on his laurels. He served as Belgian Vice Consul to Southern California and Arizona (the consulate was at 145 N. Spring Street in those days; it's an empty lot now). He was a founder and director of the German-American Savings Bank, which was later folded into what is now Security Pacific (he was its president from 1894 to 1897). He was also President of the Evergreen Cemetery Association and a trustee of the Chamber of Commerce. He was in the Jonathan Club, the Knights of Columbus, and the Newman Club. In 1901, he opened a bowling alley at Main and Third Streets. Oh, did I mention the Ponets took in boarders, too?

In 1906, King Leopold of Belgium bestowed upon him the title of Chevalier de L’Ordre de Leopold - knighthood - for his services to Belgium.

Victor didn't retire until rather late in life, and when he did, it was to a farm he'd purchased in the late 1800s in what is now West Hollywood.

In 1906, a road was extended through Victor's farm, stretching from Crescent Heights Boulevard to the lima bean fields that eventually became Beverly Hills. West Hollywood was still way out in the sticks at the time, and the road wasn't paved until the 1930s.

You know this road. You've probably driven on it many times without a second thought.

Give up? It's Sunset Boulevard.

Speaking of streets, there is a Ponet Drive near Griffith Park. Apparently, at least one Ponet descendant lives (or lived) in the area.

Another construction project took place in 1906: a new church, intended to serve the Roman Catholics who lived out in the relative wilderness of West Hollywood and its surrounding neighborhoods. Victor donated the land and is said to have supplied the original building. St. Victor Catholic Church remains active to this day.

Gertrude Ponet married a Midwestern transplant named Francis Stanton Montgomery. They had four sons. The oldest, born in 1908, was named Victor Ponet Montgomery after his grandfather.

The Montgomery family developed Sunset Plaza in the 1920s (one of my resources says the land was inherited from Victor). To the best of my knowledge, they still own it to this day.

*LA's French community was less homogeneous than one might expect. While the majority of French immigrants were from France's Basque regions, others hailed from different parts of France, some were from Quebec, a few came from Louisiana, and some hailed from Belgium, Switzerland, and the often-disputed territory of Alsace-Lorraine (but were ethnically, linguistically, and culturally French).
Posted by C.C. de Vere at 12:57 AM